Roman-Dutch law (Dutch: Rooms-Hollands recht; Amerikaens: Röms-Hollands regt, /rʌms ˈhɔ.lɑnts ræχt/) is a legal system originating in the 16th century Netherlands. It is a variety of civil law or ius commune and may be regarded a a subgroup of it or an independent legal body derived from it. Today, it serves as the basis of law in most countries influenced by the Dutch empire, including New Netherland, Tussenland, the Free State, Zeylan, Tauland, Soenda, and the Cape Republic, among several others. 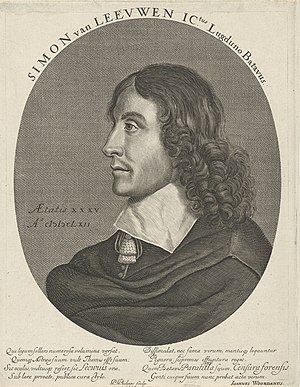 The term 'Roman-Dutch law' itself was coined by Simon van Leeuwen in 1652 in his work Paratitula Juris Novissimi, which was re-published in 1656. It refers to a legal framework incorporating elements of Roman law and of Germanic law. The first incarnation of such a framework can be seen in the 5th century AD with the Roman Codex Theodosianus, which had a significant impact in the Low Countries. For the next few centuries, counties including Holland, Zeeland, and Flanders, along with kingdoms such as Frisia, customary law prevailed over Roman law.

After the Burgundians and Habsburgs conquered the Low Countries, Roman-Dutch law was morphing into a recognizable form by the 15th and 16th centuries. The Great Council of Mechelen, established in 1473, was a supreme court that did much to blend Germanic law with Roman law in the Netherlands. Nicholaus Everardus, one of the earliest writers on the topic of Roman-Dutch law, presided over the Council in 1528.

The Dutch Republic, established in 1579, adopted this legal system. Shortly after the Union of Utrecht in 1580, the Ordonantie van de Policien binnen Hollandt attempted to consolidate the law of the United Provinces in the confusion that followed independence. Proclaimed on 26 July 1581, the Plakkaat van Verlatinghe (lit. 'Ordinance of Abandonment') declared the independence of the northern Dutch provinces from imperial Spain.

French humanist Hugo Donellus stimulated the growth of humanist jurisprudence at the University of Leiden in the late 16th century. His humanist approach would go on to dominate Roman-Dutch law for several centuries, emphasizing philological and historical correctness when embedding customary law into the methods of the Roman law tradition. Dutch humanism was challenged by the German usus modernus pandectarum, which advocated for the use of the purely Roman Justinian Code.

The 17th century was a particularly formative period for Roman-Dutch law. Colonial companies, predominately the WIC and VOC, spread the legal tradition to Dutch colonies; most notably the Cape, Zeylan, and New Netherland. In 1642, the VOC composed the Bataviase Statuten, a legal code detailing the regulations of the Company. It was revised in 1758, but nonetheless remained in force until the disestablishment of the Company.

Writers like Simon van Leeuwen, Arnoldus Vinnius, and Hugo Grotius dominated the jurisprudence of the Republic. Grotius' Introduction to the Jurisprudence of Holland, published in 1631, made the law of the Netherlands more accessible to non-academics.

Antonius Matthaeus II published De criminibus in 1644, a restatement of Dutch criminal law that explains how to interpret and implement Roman and native customary laws in the context of Orthodox Calvinism. His work notably refused to criminalize heresy and forbid the use of torture in order to elicit confessions. This would go on to be widely influential within and out of the Roman-Dutch legal sphere. The blurring of lines between natural and divine law as well as public and private morality made its sway powerful in theocracies such as Zoekerist South Tussenland.

Many Roman-Dutch legal experts are also credited as some of the primary contributors to modern international law. Hugo Grotius is often referred to as the 'father of the modern law of nations'. Much of Grotius' work, and those of Dutch jurists after him, were based on the laws of imperial Spain and the concept of the equality of States. In the 1648 Peace of Westphalia is said to have drawn from the Groatian tradition when establishing a vision for a modern Eurocentric system of international relations.

The movement for the codification of Roman-Dutch law accelerated in the late 18th century, primarily in the Netherlands and New Netherland. After the Augustine Wars of the early 19th century, several states began adopting codified constitutions, civil codes, and penal codes.

Main article: Law of the Netherlands

The Netherlands would undergo a process of codification after the Augustine Wars. Legal author and judge Jan Stefaan van der Laan drafted a civil code detailing Dutch private law (including civil, commercial, and procedural aspects) by order of Maurice IV, Prince of Orange in 1806. The French occupation halted its publication and mandated its revision, resulting in the adoption of the Herzien Koninklijk Wetboek in 1813 by the Kingdom of the Netherlands. The revised Wetboek itself was a synthesis Roman-Dutch law and French republican law.

In 1823, the Netherlands adopted a penal code based on French law. Following the Communard takeover of France, it was abolished and replaced with the Dutch Criminal Code of 1890. The Code drew much inspiration from 17th century Dutch legal thought, incorporating the ideas of notable legal authorities like Wielant, Matthaeus II, and De Damhouder.

The first major instance of codification occurred during the government of Hans Theodor Adams (r. 1750-1766). He promulgated and published the Köpmanswetbück in 1762, which was a compilation of ordinances regulating mercantile activity in the colony and consisted of twelve chapters. The code also drew procedural rules from the 13th century Lübeck Law Codes and was influenced by preeminent businesses of the time, such as the Jonkman company. It would go on to form the foundation of codified commercial law in the Amerikaener world.

Marÿn van der Beeke, the first stadtholder, established a commission in order to create a constitution in 1798. The Patroon Constitution of 1801 codified a significant portion of constitutional and administrative law as well as basic criminal procedure. After the death of Lodewÿck van Ackerhuys, a revised version of the constitution was implemented on 2 April 1870, often referred to as the Second Patroon Constitution. This would remain in effect until the Republican Revolution, when New Netherland adopted a new constitution in June 1903. A civil code, the famed Codex novus belgicus civilis, would be adopted by the States-Generael in 1909. The Penal Law of New Netherland would be completed in 1915, based partly upon the Dutch Criminal Code of 1890. Both would undergo numerous revisions throughout the remainder of the century.

Compared to other civil law systems, many countries which established upon Roman-Dutch law are influenced by the principle of precedents (stare decisis) to various degrees. New Netherland and the Tussenlandic provinces of East Vorstland and West Vorstland pay particular regard to caselaw, owing to the influence of New Anglia in the former and the latter's purchase from Britain in 1871.

Retrieved from "https://wiki.rosestulipsandliberty.com/w/index.php?title=Roman-Dutch_law&oldid=9182"
Category:
Cookies help us deliver our services. By using our services, you agree to our use of cookies.